Mobile vs. Manufactured vs. Modular Homes

What is the difference between these 3 types of pre-built, affordable homes?

When searching for a new home, there are a lot of terms for different home types. Most understand what a conventional, site built home is. When it comes to more affordable housing options, the terms mobile homes, manufactured homes, and modular homes are used, often interchangeably, which can get confusing. What is the difference between those 3 types of pre-built homes? Aren’t they essentially the same thing? Is there a difference?

Let’s start with the most common term – Mobile Homes or also referred to as ”trailer homes”.

In the early 1900s when work was hard to come by, workers would move to where the work was so they could support their family. Once that job was over, they would look elsewhere for work and often move again. With high demand for affordable housing and difficulty moving the whole family, the idea of a “mobile” home gained traction. Mobile homes made overall quality of life easier for working families.

When demand for production workers spiked 40 years later during WWII, factories started buying mobile homes in the masses to provide temporary housing for their workers. Then after the war was over, there was a shortage of affordable housing for all the returning veterans so even more mobile homes were produced.

To keep up with demand, mobile homes were cookie cutter in design. During the early stages of mobile homes and into the 1960s, mobile homes resembled modern day camper trailers in design. This kept them affordable and movable, but not so visually appealing to some potential buyers. It wasn’t until the late 1960s mobile homes started having larger square footage options and amenities to attract more home buyers.

Mobile homes had a bright future and were here to stay, or so people thought. Prior to the 1970s mobile homes had little to no oversight in how they were built, which, as you could imagine, led to a few issues. In 1974 Congress passed the National Mobile Home Construction and Safety
Standards Act also known as the HUD Code (HUD – Housing and Urban Development). This new HUD code was created to improve durability and quality of mobile homes. Not only was the HUD code implemented for mobile home design and construction, but also the body and frame, fire safety, plumbing and electrical, and thermal protection and energy efficiency. The HUD act took effect July 1,  1976 and the mobile home has not been built since.

The final blow to the mobile home was in 1980 when Congress mandated the term “mobile home” no longer be used in Federal laws and literature referencing homes built after 1976. The new term to be used was “Manufactured Home.” This term change was to emphasize that with the new HUD code now regulating how mobile homes were being built, manufactured homes were superior to the mobile home of yesteryear.

When you drill down to the bottom of it, the main difference between mobile and manufactured homes is how they are constructed. Mobile homes had no oversight in construction where manufactured homes had to and still are built to a Federal housing code to ensure safety, durability, and quality.

Like mentioned above, manufactured homes are built to the Federal HUD Code and because of that they are exceedingly different and superior to mobile homes.

Manufactured homes are built in virtually any size but the most common sizes are single section, two sections (double wide), or three or more sections. And there are many options for square footage, floor plan design, decor, and exterior features based on what manufacturer the buyer chooses. Buyers can customize their home to meet their needs.

Where mobile homes were not inspected at all, now due to the HUD code manufactured homes are inspected by a third-party inspector (not an employee of the factory) for code requirements throughout the entire building process. Manufactured homes are inspected during different
phases of the building process so inspectors can see not only the finished product, but also inside the walls of the home to ensure the entire home is being built to code. Once the home arrives on the site to be set, another inspector will inspect the home at different points of setup to sure everything is kept up to standards.

There are many options for setting the home. The manufactured home can sit on piers or blocks with skirting placed around the perimeter to give the home a clean, finished look. Piers are the most common in mobile home parks. A manufactured home set on piers remains Chattel, or personal property. 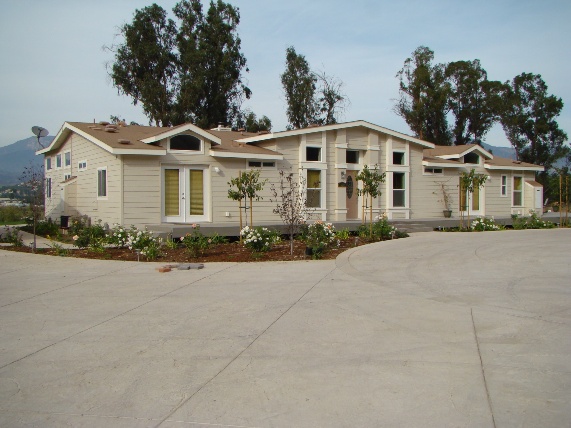 Modular homes can also be called prefab homes or factory built homes. Modular homes are just like mobile and manufactured homes in that they are built in a climate controlled factory, often in 2 sections but can be more. The sections are brought to the home site and then joined together.

The key differentiator between modular homes and manufactured homes is that modular homes don’t follow the HUD Code, but rather modular homes are built to all state, local, and regional codes necessary for where the final home site is. Modular homes follow the same codes as if a conventional home was to be built at the site. 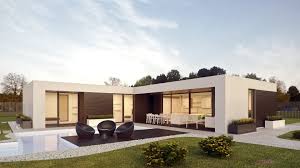