Everything You Want To Know About Adus

Why the surge in conversations about ADU?

California has been in a serious shortage of affordable housing. To help alleviate the problem, as of January 1, 2017 California implemented a state mandate to loosen the restrictions on 2nd dwellings built on a homeowner’s property. Cities now have to loosen or revise their rules to adapt with the new regulations.

Accessory Dwelling Units (ADUs) or also known as granny flats, in-law suites, guest house, 2nd dwellings, backyard house or casita, have long had strict restrictions in some cities and areas throughout California. Some cities allowed ADUs to be built though there would be a long approval process that could take months. There were others cities in California that didn’t allow ADUs at all, no exceptions. With the shortage of affordable housing, California saw ADUs as the answer but had to place a mandate to get cities to act in the affordable housing crisis.

There were three separate pieces of California State legislation that took effect January 1, 2017, making it easier for homeowners to build ADUs. The new land use bills require cities to allow ADUs but also gives cities sovereignty to decide how homeowners can build ADUs based on a cities unique characteristics. The three bills introduced and signed by Governor Brown; SB 1069, AB 2299, and AB 2406 each make it easier for homeowners to take advantage of building ADUs.

What are the benefits of building an ADU?

What are the rules for ADUs?

– If you live in the County of Ventura regulated areas, your ADU can be a maximum 1,200 sq.ft.

– But, if you live in the County of Ventura and within the boundaries regulated by the City of Ventura, the max size ADU can be 750 sq.ft. Not only that but the ADU can’t be higher than 28ft, the property owner must also live on the property, and the homeowner can’t rent the ADU for a period of less than 30 days

Back to Info About ADUs

Granny Flat Getting Prepped For Crane 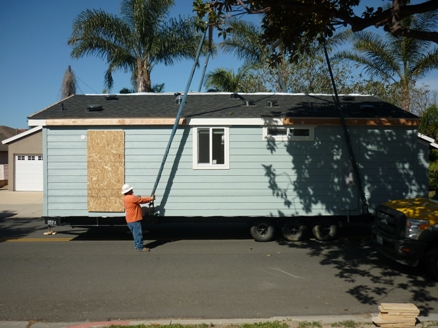 Granny Flat Being Craned Over Home 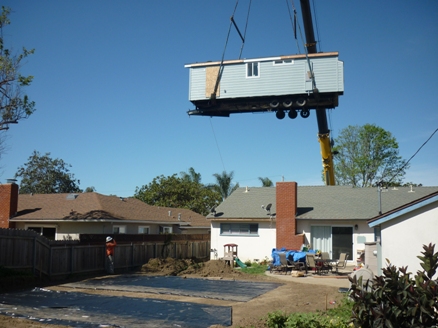 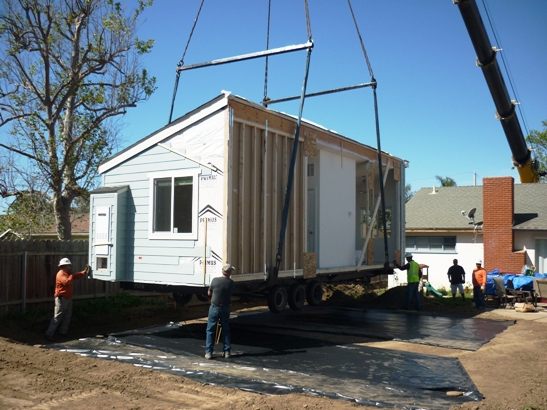 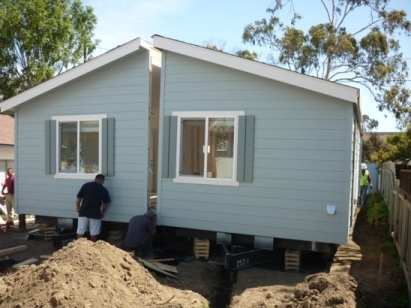 Click here to watch the whole craning process of this granny flat! 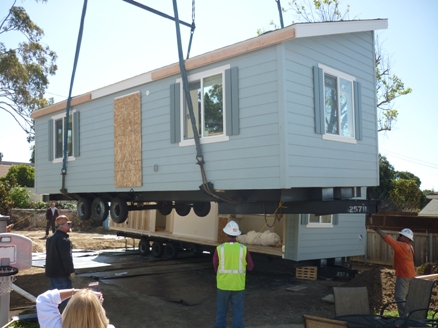 NOTE: Most ADU homes we install don’t need to be craned into place. This manufactured home was an exception.